The following is a guide and any cracks/fractures or failed masonry should be investigated by a reputable specialist company.

DLC Structural offers a professional service backed with full guarantees for all of our projects. 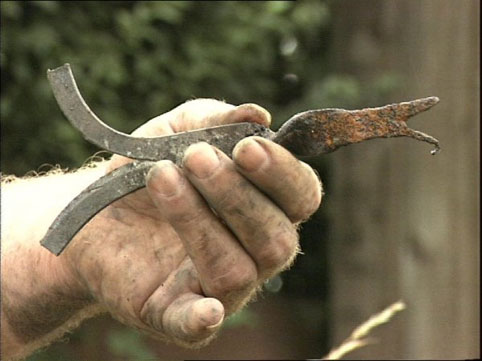 Failure of wall ties has become a significant problem in recent years. The main cause of failures is rusting of metal ties, although there can be other causes, such as failure to properly bed the tie in the mortar joint, poor quality mortar reducing the bond between tie and mortar, or not installing the requisite number of ties.
The obvious danger with rusting wall ties is the possible collapse of the outer leaf of the cavity wall. Other consequences include:
The rust will have a significantly greater volume than the original metal. This expansion of the tie may cause cracking and distortion of the structure, particularly where strip ties have been used. The rust-induced expansion in strip ties can lead to secondary damage, such as a redistribution of loads, buckling and bulging of wall, and damage to the roof as the external leaf increases in height.
The less bulky wall ties will not generally produce enough expansion to induce cracking unless the joint is abnormally thin or the mortar is very dense. Unfortunately, wire ties produced in the UK before 1981 had less rust protection than strip ties and therefore are likely to have a shorter life expectancy; a particular problem because failure can occur without the outwardly visible warning signs produced by cracking.
Cracking will also reduce the weather resistance of the wall, which in turn accelerates the rusting process. 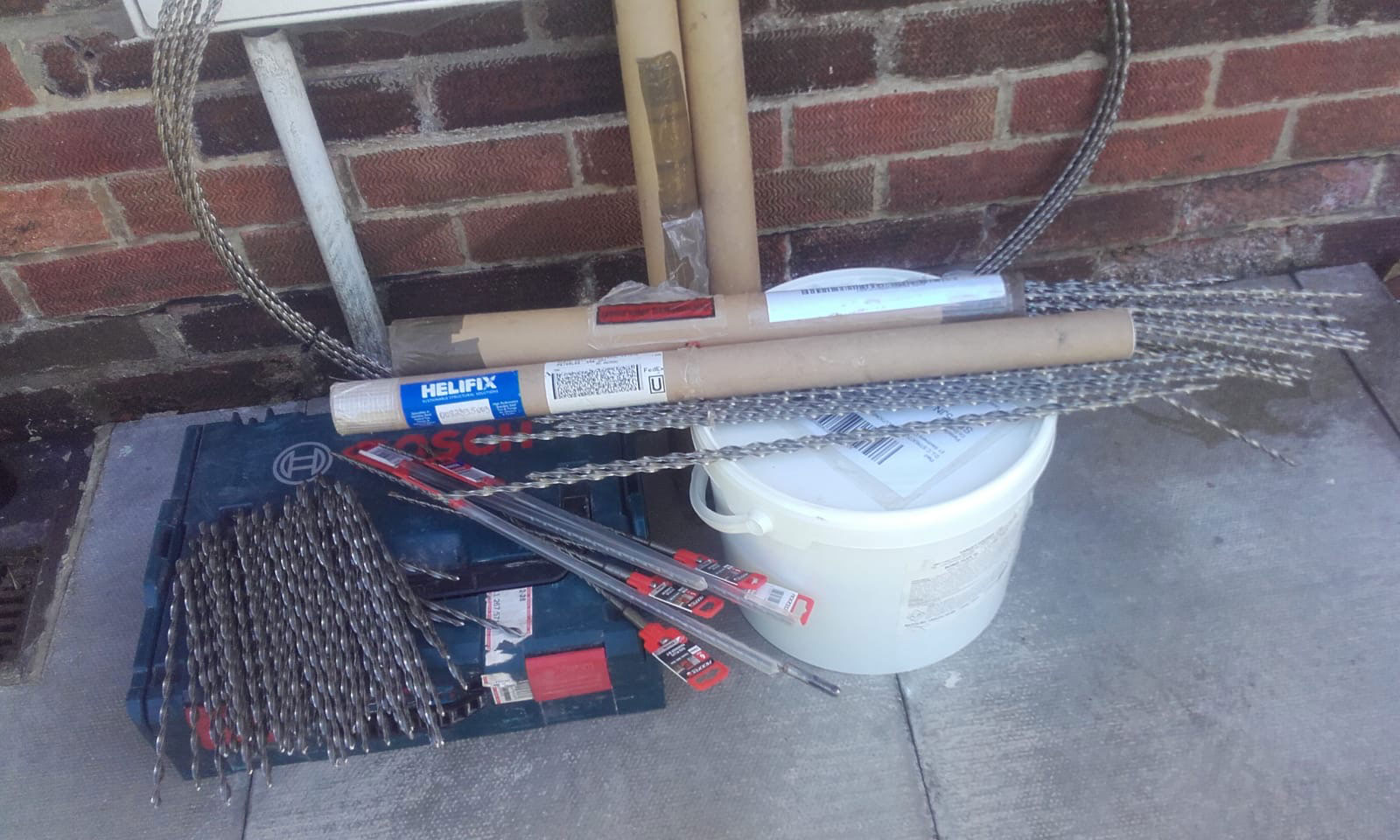 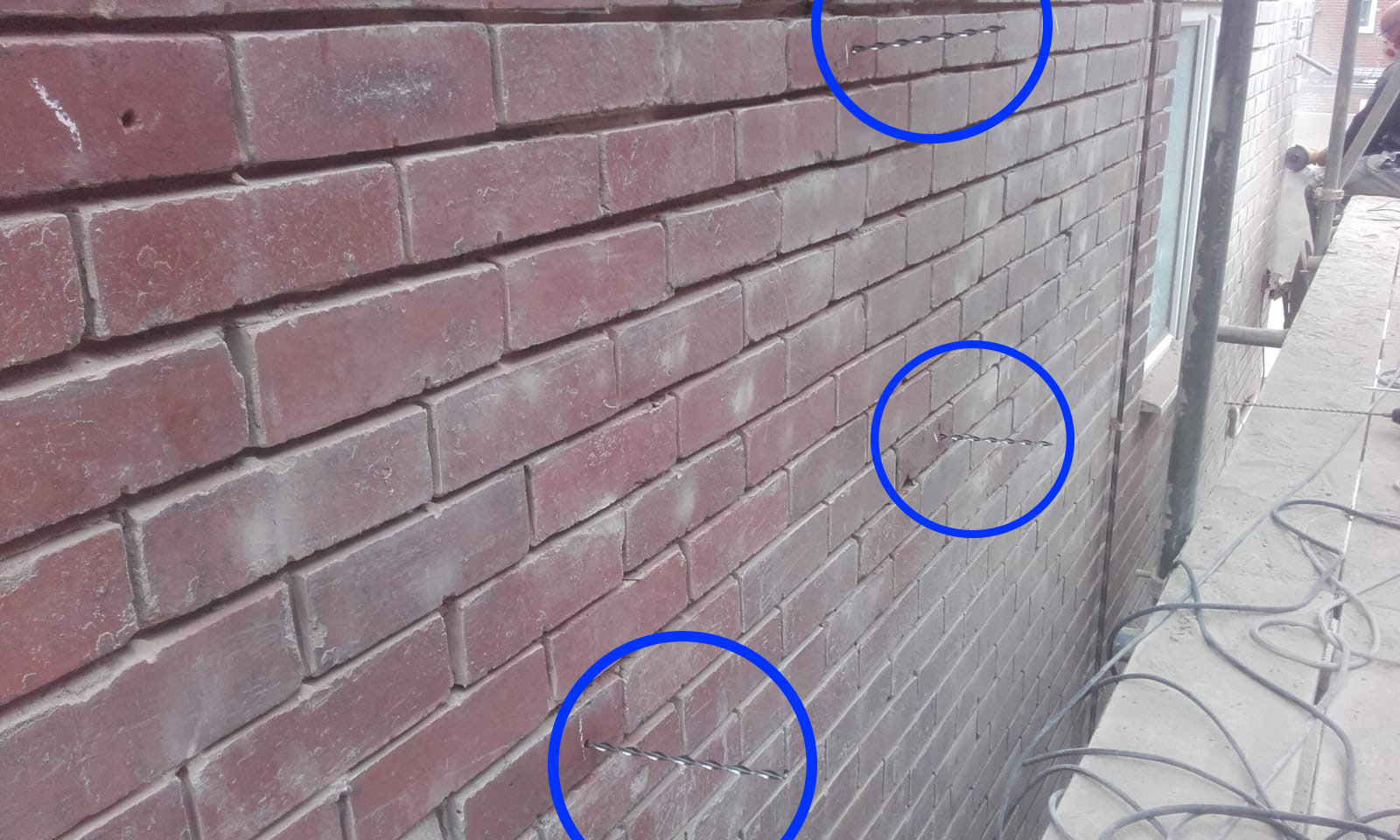 Bow Ties, beaming and pinning are combinations of restraining methods and strategies used alone or together for lateral, horizontal and vertical restraint. 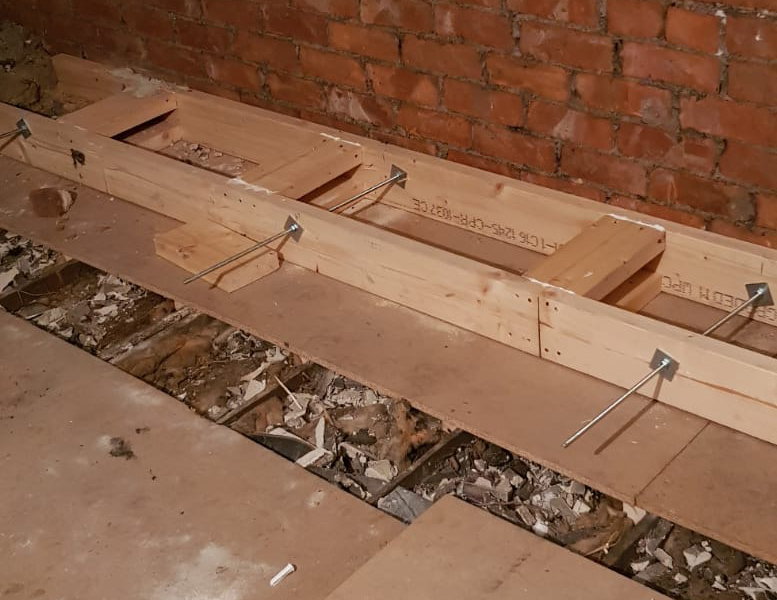 Structural engineering sometimes requires a diaphragm to be formed/constructed to transmit the lateral loads to the vertical resisting elements such as shear walls.  It also allows us to install and secure our “Bow Ties”.  The bow ties shown are heavy duty ties. 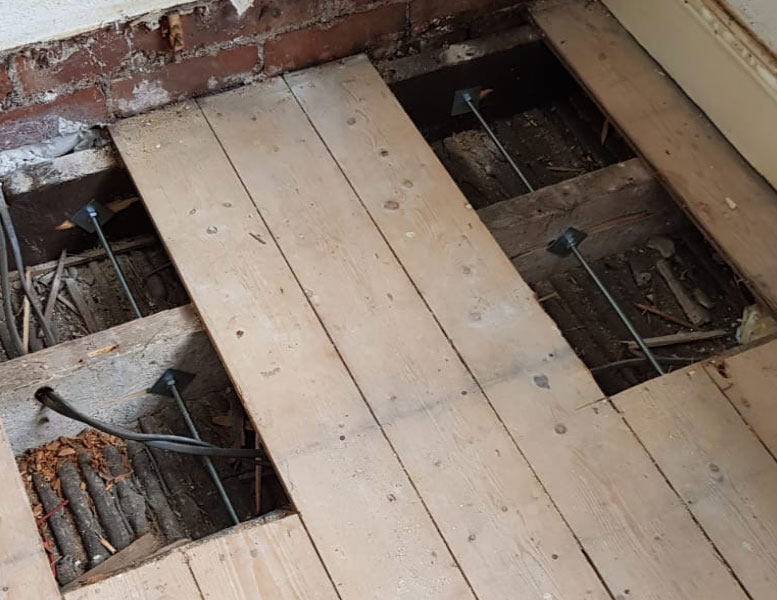 The bow ties shown in the following projects are designed and approved by both ourselves and an independent structural engineer.

D.L.C. Structural Solutions for all your specialist building requirements throughout the North East.